The last day of our week-long excursion had arrived… but we weren’t even close to finish it yet! On the morning of August 2nd, we hopped again in our bus, Richtung the South, Wuppertal. We visited the University of Wuppertal in order to find out more about a research project being conducted there, the Happy Power Hour.

Two young researchers welcomed us in their campus and explained to us their project. In fact, it’s a research on a power management solution for industrial purposes. The difference from the existing offer in the market is that instead of only focusing in the final user, the Happy Power Hour is deployed right between that user and the distribution grid. It consists in the development and implementation of a dynamic priced electricity tariff. The researchers behind it map the power exchange price fluctuation, since there is a high offer and a low demand in summer against a low offer but high demand in winter. Thus, the power exchange price can actually go from 10,04€/Mwh to 61,99€/MWh in one year!

However, industrials do not benefit from the price fluctuations at the power exchange (since they don’t buy the energy directly, it all happens in the EPEXSpot) so they have no incentive to perform some load shift: they pay the electricity for the same price whether they’re using it during the day or the night. The Happy Power Hour creates optimized schedules according to electricity prices. A control box can calculate schedules of up to 10 processes of the company, and control the running times automatically too. This way, the industrial actors and the energy retailers cooperate: we obtain a regular load profile which is more convenient for the distribution grid, and the users get a cheaper electricity tariff.

After this short presentation, they showed us the smart-grid for the parking lot at the university, which provides recharging stations powered by PV panels. But what stole the show was the Tesla car parked there, some of us had never seen a Tesla that close before! Although the owner of the car wasn’t there (so we couldn’t try the interior), we also had the chance to see the BMW i3, one of the best performing electric cars too and also one of the best-sellers around the world.

The smart grid is controlled from here 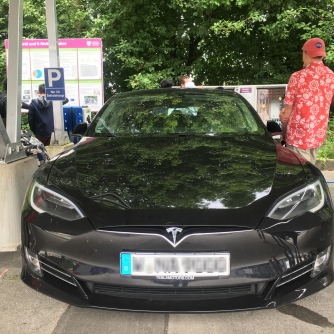 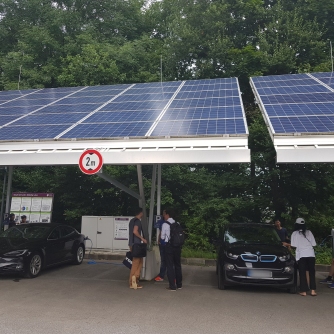 At noon, we had lunch at the Mensa and then we hit the road again in the outskirts of Wuppertal, where we went to the Fertighauswelt, which is an exhibition neighbourhood of only prefabricated houses. Unfortunately, the guide who was supposed to give us a tour couldn’t show up, but instead we visited the houses that caught our eye in small groups.

The houses looked so big and luxurious, it was hard to believe that they were prefabricated and installed in less than one week. Another advantage of these houses is that most of them were actually smart houses, eco-friendly and powered with solar panels, so the temperature, humidity and other information could be controlled independently for each room with a touch screen, as in WoQuaz. Each one of the houses was manufactured and sold by different companies, and come in different styles: there are some houses that are more modern, with sleek lines and big glass panels while some others look more “traditional” with a tiled-roof, hence there are houses for all tastes!

More than 20 prefabricated houses are on display here

Some models even come with an electric car charging station

Hansel went back to her childhood with Lego :’)

We had fun exploring the neighbourhood, it felt like playing in a doll house but live-size (because we all have an inner child).

Finally, we got on the bus again to ride back home… Everybody was so tired that during most of the trip back to Darmstadt we mostly slept. Once we returned to hotel Atlanta, we realized that although we adored each city that we visited, we missed Darmstadt. Over the two weeks, the staff already knew us and cared for us such that hotel Atlanta had actually become home for us. After all, there is nothing like home, sweet home. 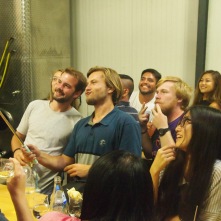 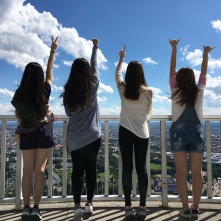 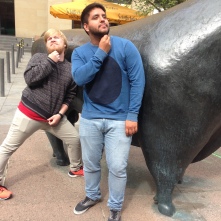 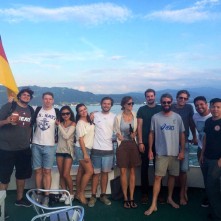 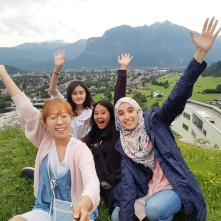 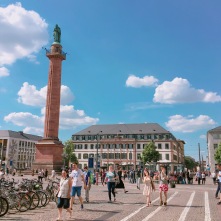